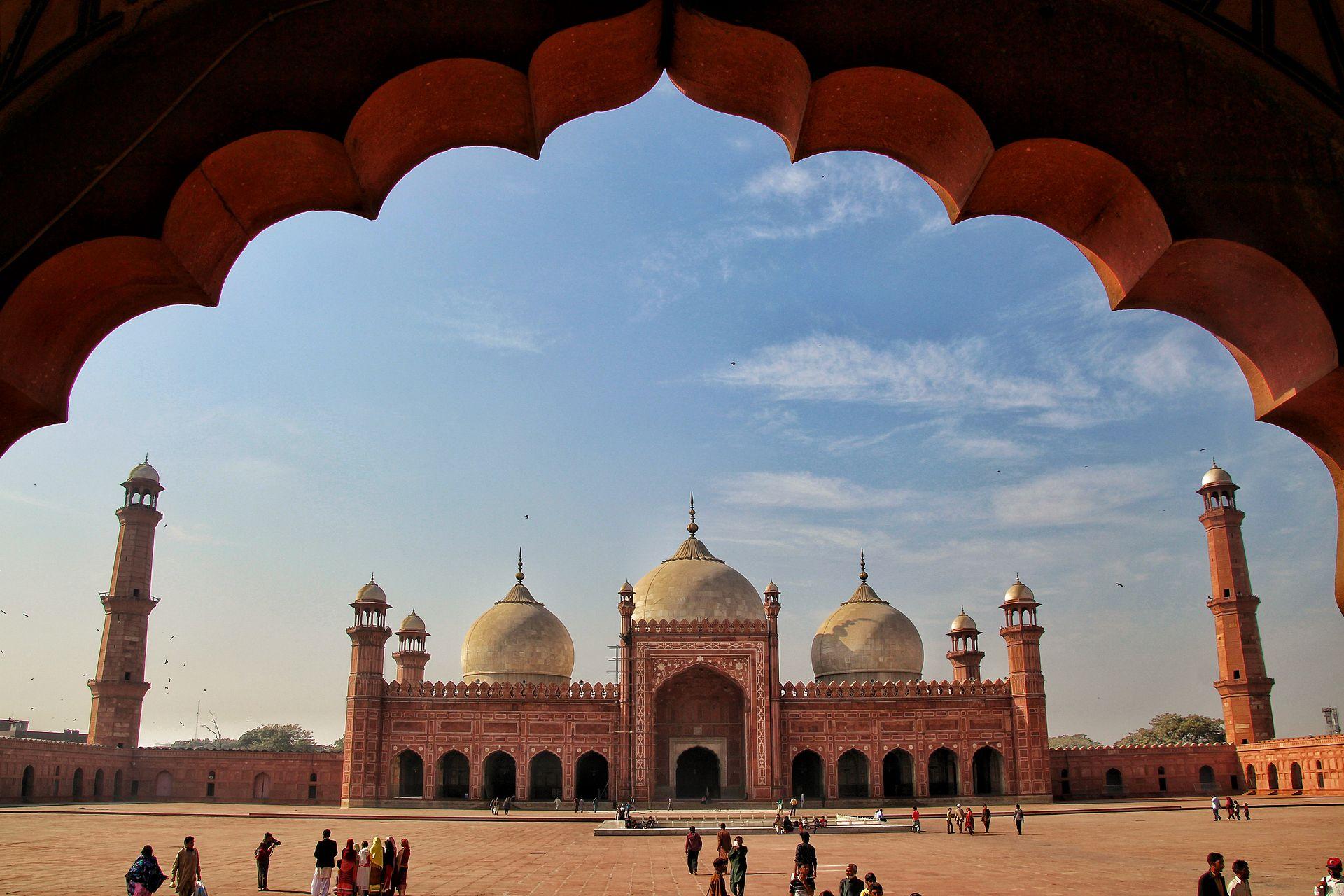 The Badshahi Mosque is a Mughal era mosque in Lahore, capital of the Pakistani province of Punjab. The mosque is located west of Lahore Fort along the outskirts of the Walled City of Lahore, and is widely considered to be one of Lahore's most iconic landmarks.

Badshahi Mosque was commissioned by Emperor Aurangzeb in 1671, with construction of the mosque lasting for two years until 1673. The mosque is an important example of Mughal architecture, with an exterior that is decorated with carved red sandstone with marble inlay. It remains the largest and most recent of the grand imperial mosques of the Mughal-era, and is the second-largest mosque in Pakistan.[4] After the fall of the Mughal Empire, the mosque was used as a garrison by the Sikh Empire and the British Empire, but is now one of Pakistan's most iconic sights.

The main edifice at the site was also built from red sandstone, and is decorated with white marble inlay. The prayer chamber has a central arched niche with five niches flanking it which are about one third the size of the central niche. The mosque has three marble domes, the largest of which is located in the centre of the mosque, and which is flanked by two smaller domes.

Both the interior and exterior of the mosque are decorated with elaborate white marble carved with a floral design common to Mughal art. The carvings at Badshahi mosque are considered to be uniquely fine and unsurpassed works of Mughal architecture. The chambers on each side of the main chamber contains rooms which were used for religious instruction. The mosque can accommodate 10,000 worshippers in the prayer hall.