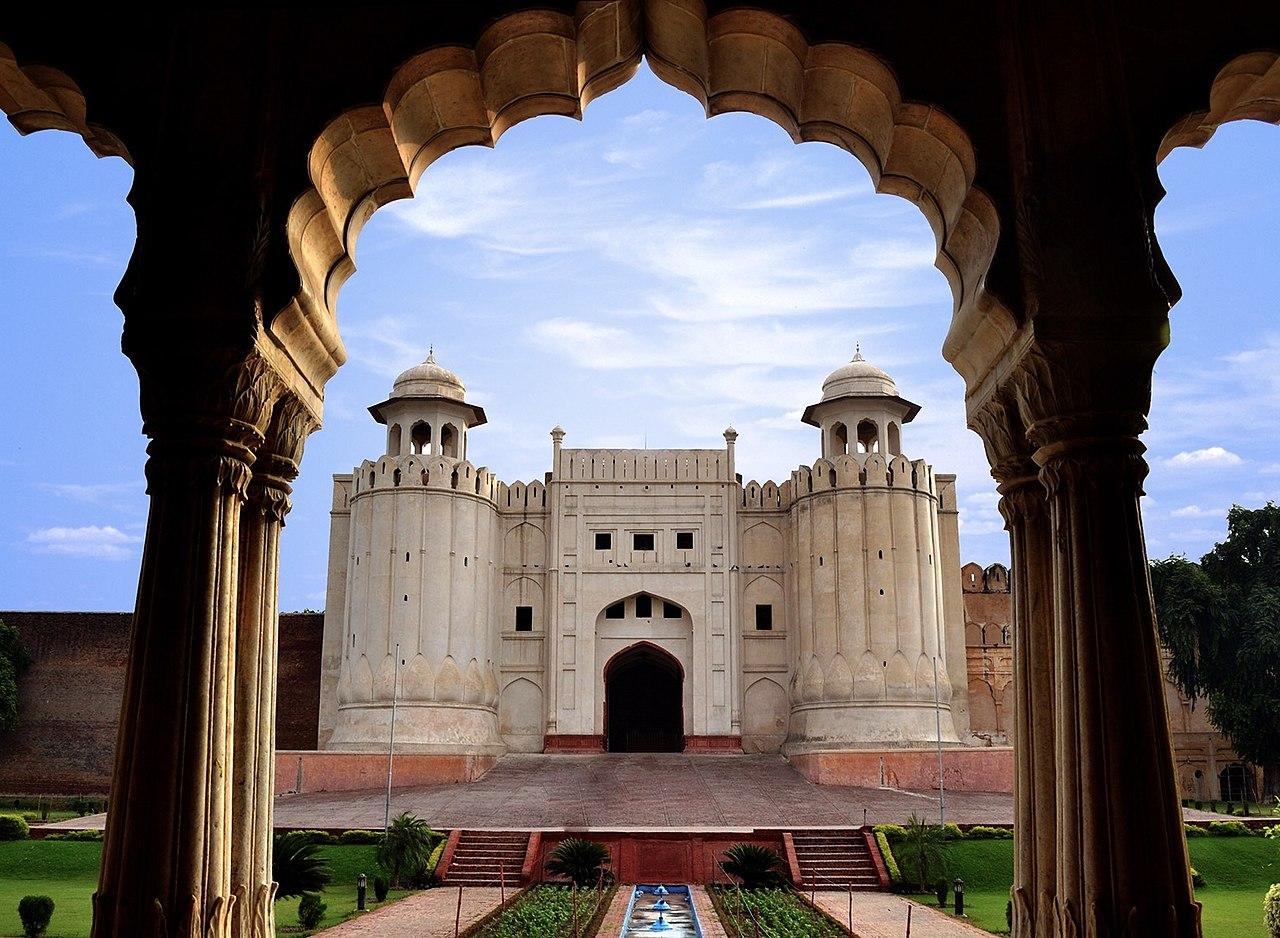 The Lahore Fort, is a citadel in the city of Lahore, Pakistan. The fortress is located at the northern end of Lahore's Walled City, and spreads over an area greater than 20 hectares. It contains 21 notable monuments, some of which date to the era of Emperor Akbar. The Lahore Fort is notable for having been almost entirely rebuilt in the 17th century, when the Mughal Empire was at the height of its splendour and opulence.

Though the site of the Lahore Fort has been inhabited for millennia, the first record of a fortified structure at the site was in regard to an 11th-century mud-brick fort. The foundations of the modern Lahore Fort date to 1566 during the reign of Emperor Akbar, who bestowed the fort with a syncretic architectural style that featured both Islamic and Hindu motifs. Additions from the Shah Jahan period are characterized by luxurious marble with inlaid Persian floral designs, while the fort's grand and iconic Alamgiri Gate was constructed by the last of the great Mughal Emperors, Aurangzeb, and faces the renowned Badshahi Mosque.

After the fall of the Mughal Empire, the Lahore Fort was used as the residence of Ranjit Singh, founder of the Sikh Empire. The fort then passed to British colonialists after they annexed Punjab following their victory over the Sikhs at the Battle of Gujrat in February 1849. In 1981, the fort was inscribed as a UNESCO World Heritage Site for its "outstanding repertoire" of Mughal monuments dating from the era when the empire was at its artistic and aesthetic zenith.